During the 1880s, doctors used cocaine as an anesthetic agent for surgeries. However, in the 1970s, it became a recreational drug increasing it’s users to 5.8 million by 1985 in the USA alone. The UN’s world drug report 2018 states that the estimated number of cocaine users reached 18.2 million worldwide. Unfortunately, cocaine can cause acute myocardial infarction.

Extensive studies have been carried out on cardiac complications induced by the use of cocaine. Symptoms include chest pressure, pain in the center of the chest (or the arms, jaw, neck, or stomach), and difficulty in breathing. The most common cocaine users are adults aged 18 to 25, while most cocaine-induced infarction patients are from the age group 18 to 45. In the US, around 5–10% of emergency department visits are caused by cocaine usage.

The studies show that cocaine use causes coronary artery spasms combined with platelet activation, leading to coronary artery blockage.. The coronary spasm is a temporary tightening of the muscles of the heart’s arteries. Other than cocaine, other factors like tobacco, amphetamines, cold, and extreme emotional stress can cause a coronary spasm.

High doses of cocaine reduce the contractility of the heart, which in turn reduces the blood flow of coronary arteries, triggers cardiac electrical abnormalities, and increases heart rate and blood pressure. When this happens, the oxygen supply to the heart decreases, which can cause myocardial infarction (MI). If a young patient is suffering from acute MI symptoms without other risk factors, ask questions regarding cocaine usage.

Cocaine-induced acute myocardial infarction can be diagnosed by appropriate laboratory tests, history, cardiac enzymes, ECG findings, and physical examination of the patient. It is mostly suspected in young patients. Direct inquiry about drug use is important because such patients do not voluntarily admit the use of cocaine. Blood and urine drug tests should be taken to confirm cocaine use. Cocaine doesn’t last long in the patient’s blood, but some metabolites are present in the urine for up to 8 days after intake.

As cocaine use decreases blood flow in the coronary artery, the administration of beta-blockers may result in a further decrease in the blood flow and increase coronary resistance. Therefore they must be utilized with caution or avoided in the early stage of treatment. Beta-blockers can be administered before the patient’s discharge when the effect of cocaine have abated. As an immediate action, oxygen, aspirin, nitrates, and benzodiazepines should be administered.

Although determining the incidence of myocardial infarction caused by cocaine use is a challenging task, it appears to be high in selected case reports. These tests were performed on nine patients between 23 to 39 years old who had a myocardial infarction within minutes to hours of cocaine use. In seven patients, an abnormal infarct-related vessel was seen in coronary arteriography. Eight patients had normal noninfarct-related vessels.

Out of these nine, one developed symptoms after smoking cocaine. Three patients experienced symptoms after intravenous use, and five after taking cocaine intranasally. Eight of these smoked cigarettes heavily, five were recreational drug abusers, and four were habitual users of cocaine. Ischemic syndromes recurred in the five who continued to use cocaine. Thus, cessation of cocaine is important for long-term health. 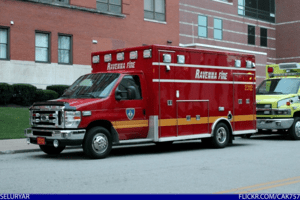 Cocaine can cause an acute myocardial infarction, but its true incidence is hard to determine. Coronary artery spasm causes a myocardial infarction when the increase in blood pressure and heart rate increase the demand for oxygen. Platelet activation, and the change in vital signs can culminate in coronary artery occlusion. In the immediate, obtaining a careful history of any possible drug use is critical. As a long-term intervention, the patient should enter the substance abuse program and be educated about the harmful effects of cocaine.

Last reviewed and updated by Caitlin Goodwin on Jul 28, 2021