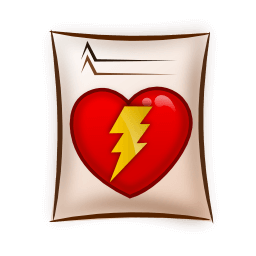 A defibrillator is a device that sends electrical energy, or shock, to the heart. The aim of using a defibrillator is to treat cardiac arrest. The need for this generally arises when the patient has ventricular fibrillation or ventricular tachycardia, which are life-threatening arrhythmias that occur when contraction of the ventricles becomes abnormal. Defibrillators have electrocardiogram (ECG) leads and adhesive patches (or paddles). The adhesive electrodes are the patches placed on the patient’s chest that deliver an electric shock.

The History of Defibrillation

In 1899, two physiologists from the University of Geneva, Jean Louis Prevost and Frederic Batelli, discovered that small electric shocks could cause ventricular fibrillation in dogs. Later, in 1933, a device was invented to send an electric shock to the heart as a substitute for administering cardiac medications.

In 1947, the first defibrillation was carried out by Claude Beck who was a professor of surgery at Case Western Reserve University. The defibrillator he used had internal paddles that were placed on each side of the heart.

Before the end of the 1950s, defibrillation was successfully performed only when the chest cavity of the patient was open during the surgery. In this case, the defibrillator had electrodes in the shape of paddles so that flat ends could be placed on either side of the exposed heart.

Thus far, the defibrillators in existence used alternating current. In 1959, Bernard Lown began to develop new ideas to make the device more energy efficient. Lown’s work led to the discovery of Direct Current (DC). Further development lead to the Biphase Truncated Exponential (BTE) waveform. With the BTE waveform, the defibrillators could use lower energy levels, which reduced the weight of the defibrillators that were later manufactured.

In the 1960s, Professor Frank Pantridge of Belfast began to introduce portable defibrillators for hospitals. This invention is now one of the most important tools that emergency medical services carry to resuscitate people that suffer cardiac arrest. Portable units set forth the production of automatic defibrillators—devices with the ability to analyze heart rhythms.

The biphasic waveform did not completely replace the Lown waveform until the end of the 1980s. The waveform allowed defibrillators to work more quickly than the previous types. This, in turn, reduced the energy level needed for defibrillation. The success rate for treating cardiac arrest also improved.

In 1969, the research for making implantable cardioverter-defibrillator (ICD) began as a result of needing to provide adequate health care for victims of cardiac arrest. In 1980, the first implantable device was used at John Hopkins Hospital by Dr. Levi Watkins. Today, frequent victims of cardiac arrest are given the device for their aid at any time.

When Not to Use a Defibrillator

Although defibrillators have specific indications and were initially exclusive to trained professionals, it is now possible to have one at home. Modern defibrillators are easy to use and do not require years of experience. In fact, a few tips from a health-care professional and a review of the manual are all that may be needed to correctly intervene in a cardiac emergency. This development is helpful in reducing the number of death rates caused by sudden cardiac arrest and other heartbeat-related problems each year.

For more information on defibrillation and diseases that require a defibrillator, please visit the following websites: