Eating disorders are related to psychological behaviors that create unhealthy eating manners. These habits negatively impact one’s health in the long run, affecting their emotions and ability to effectively perform the activities of daily living (ADL). These unhealthy practices often necessitate an intervention of medical and psychological experts to change their routine.

Eating disorders often develop in teenagers and young adults but they can start at any stage of life. It is widespread, an estimated twenty million females and ten million males have an overeating disorder alone in the United States at various stages of their life. Unhealthy eating habits cause serious complications which can only be reversed through timely treatment.

The Risks of Eating Disorders

People with eating disorders may develop body dysmorphia, an obsession for body shape or weight. Body dysmorphic disorder is a mental health condition where you continuously think about perceived physical flaws that others do not see. Body dysmorphia has significant effects, such as job loss, relationship changes, and an increased risk of suicide attempts. 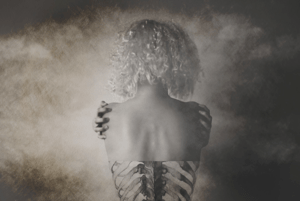 Anorexia nervosa is an eating disorder that is potentially life-threatening. It develops in teenage or early adulthood and affects more women as compared to men. Anorexia are emotional and behavioral issues that involve an unrealistic perception of body weight and fear of gaining.

Those with this disease are concerned about their weight, and use low-calorie foods even when they are alarmingly underweight. These behaviors may create serious health problems, leading to deadly starvation.

Anorexia causes extreme damage to the body. Eventually, people face consequences like infertility, abnormal hair growth on the body, thinning of bones, and brittle nails and hair. In severe cases, it may cause brain, heart, or multi-organ failure leading to death.

Those who suffer from bulimia nervosa, generally known as bulimia, ingest a large amount of food at a particular time known as bingeing. While bingeing, patients are unable to control or stop eating.

It is a serious and life-threatening eating disorder. People suffering from bulimia struggle with thoughts about their body shape and weight, a condition known as dysmorphia. Those with bulimia treat themselves harshly because of their self-perceived flaws, nevertheless, they may have a normal weight.

Bulimia’s side effects are an inflamed and sore throat, worn tooth enamel, tooth decay, acid reflux, severe dehydration, swollen salivary glands, and hormonal imbalance. Bulimia, in severe cases, may also lead to creating an imbalance in levels of electrolytes, such as potassium, sodium, and calcium. Electrolyte imbalances may result in serious consequences like stroke or cardiac arrest.

What’s the difference between anorexia nervosa and bulimia nervosa? People with anorexia may binge and purge, like bulimia. However, those with anorexia generally have an abnormally low body weight, while those with bulimia are typically normal or above average weight.

People suffering from binge-eating disorder often eat a huge amount of food and have no control over this bad habit. They may eat frequently or eat more food than actually required, even when they are not hungry, and may keep on doing so till they’re uncomfortably full. Those with binge eating disorder often eat alone or in secret and may feel depressed or ashamed. They may diet without significant weight loss.

People with binge eating disorder are often obese and overweight. This may enhance their risk of health complications owing to excess weight. They’re at the risk of suffering from heart disease, stroke, and type 2 diabetes.

Pica is another eating disorder. People suffering from Pica are involved in eating non-food things. Pica patients eat substances, such as soil, dirt, chalk, soap, paper, hair, cloth, wool, pebbles, ice, cornstarch, or even laundry detergent. Children and adults at a younger age may suffer from pica. The common causes of pica are iron-deficiency anemia and malnutrition.

People with Pica are at a higher risk of infections, poisoning, gut injuries, and lack of nutrition. Pica may be fatal, depending upon the nature of the substance eaten.

Rumination syndrome is an eating disorder that involves repeated or persistent regurgitation of food after eating. Yet it is not because of a medical condition or any other eating disorder like bulimia, anorexia, or binge-eating disorder. In rumination disorder, an individual regurgitates the previously eaten, chewed, or swallowed food, and then swallows it again or spits it out.

This disorder may develop in infants, children, or even in adults. In infants, it is experienced between three to twelve months of age and commonly disappears without any effort. Adults and children with the condition may need medical therapy to cure it.

This disorder may lead to malnutrition if the diet is spat out or if the patient takes lesser food to avoid the disorder. This can lead them to become underweight or cause health complications.

In this disorder, individuals take less than the minimum daily nutrition requirements because they’re not interested in eating. They don’t eat food due to certain sensory characteristics, such as smell, taste, color, texture, or they’re worried about the adverse effects of taking food, such as fear of choking. They don’t avoid food because of the fear of being overweight.

Nevertheless, ARFID usually develops in infants and small children, it may persist in adults as well. Moreover, it is equally common among males and females.

Unfortunaely, AFRID has even more serious effects, such as weight loss, developmental delays, and co-occurring anxiety disorders in. Furthermore, it does not involve avoiding or restricting foods due to shortage or cultural or religious practices.

Last reviewed and updated by Caitlin Goodwin on Oct 15, 2021