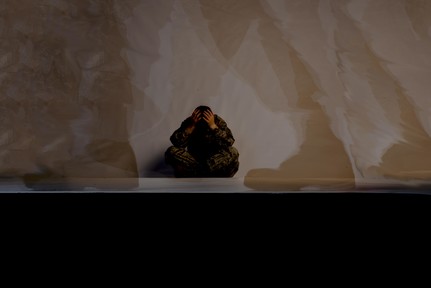 Suicide touches all ages and incomes; all racial, ethnic, and religious groups; and in all parts of the country. It is a leading cause of death in the US.

As self-inflicted injuries increase so does the need to prepare for encountering someone who has attempted suicide. As a first-aid provider, you have a vital role in addressing immediate medical needs. You can also provide clarity and support to the victim and other people at the scene.

In 2017, guns were the most common method of death by suicide, accounting for a little more than half of all suicide deaths. The next most common methods were suffocation at 27.72 percent, and poisoning at 13.89 percent.

The following first-aid recommendations are for each of the most common methods of attempted suicide. Each case is unique, and it is essential to tailor your care and support to that person’s needs.

Above all ensure the safety of everyone present and address any serious medical needs first.

A self-inflicted gunshot wound (SIGW)—or any gunshot wound—to the head is correlated with severe disability and a high mortality rate. There is a greater chance of death caused by SIGWs compared to victims injured by gunshot wounds that are delivered in an assault or by accident.

Although the head is the most commonly injured body region during a suicide attempt, the following is a general guideline for how to approach a gunshot wound on any area of the body.

First Aid for Hanging or Suffocation

Self-administered and assisted suicides by asphyxiation—the process of being deprived of oxygen resulting in unconsciousness or death—can be done by several methods. The use of a plastic bag, or suicide bag, is often in conjunction with a flow of an inert gas like nitrogen or helium.

Suicides using a plastic bag with helium were first recorded in the 90s. Since the 2000s, guides on how to use this method have spread on the internet, in print, and on video; and the frequency of suicides by this technique has increased.

How to Recognize Suffocation

What to Do in the Case of Suffocation

First Aid for Overdose or Poisoning

Poisoning is due to swallowing, inhaling, touching, or injecting various chemicals, drugs, gases, or venoms. Both suicide and unintentional drug overdoses kill adults at twice the rate today as they did two decades ago, and opioids are a key contributor to this rise. The following focuses on the use of drugs as a means of attempting suicide.

When a drug overdose is suspected, you may not know what drug the person was taking. Often, an overdose victim will either be unconscious or not fully conscious of their surroundings. Because of this, it is imperative to recognize the general signs of a drug overdose and what to do for first aid in the majority of situations.

How to Recognize an Overdose

For victims with a suspected or known opioid overdose who have a definite pulse but no normal breathing or only gasping (respiratory arrest) in addition to providing standard care, it is reasonable for trained rescuers—this includes first aid providers, non-healthcare providers, or BLS providers—to administer Narcan® (naloxone) intramuscularly or intranasally to victims with an opioid-associated respiratory emergency.

Victims with no definite pulse may be in cardiac arrest or they may have an undetected slow or weak pulse. These cases should be managed as a cardiac arrest victim.

Standard resuscitation should take priority over the administration of naloxone, with a focus on high-quality CPR. It may be reasonable to administer naloxone—especially when an opioid overdose is suspected—based on the possibility that the victim is in respiratory arrest, not cardiac.

First Aid for Self-Harm or Self-Cutting

Because self-harm, also known as self-injury or self-cutting, involves physical injury, it can seem like self-harm and suicide are directly related. For example, it is common to think that cutting one’s wrist may be a suicidal gesture indicating that the person wishes to slit their wrists to die.

Self-injury can indicate a number of different things. Many people who practice self-injury may not intend to kill themselves and may even see self-harm as a way of avoiding suicide. It is crucial to note that with the pattern of self-injury occuring over weeks, months, or years, the person may be at risk for suicide.

Here’s what you should do if you a self-harm situation presents to you:

If You Know Someone in Crisis:

Contact social media outlets directly if you are concerned about a friend’s social media updates or dial 911 in an emergency.

Learn more on the NSPL’s website. The Crisis Text Line is another resource available 24 hours a day, 7 days a week. Text “HOME” to 741741.